All species and varieties of Oak (Quercus spp.) Species in the Red Oak group are more seriously affected and are usually killed within on year of becoming infected. White Oaks frequently recover from infection or take many years to die.

Red Oak Group; Symptoms are characterized by a wilting and bronzing of the foliage, starting at the tree top and tips of branches and spreading rapidly throughout the entire crown causing dieback of the entire crown, from the top and sides. Individual leaves turn bronze progressively from the tip to the base, sometimes leaving a small area of green tissure at the base around the midrib. Complete leaf drop in one year. Most trees die within a year.

White Oak Group; Localized dieback of one or more branches can occur. Leaves appear water soaked, dark green or tan and often remain on the dead branches often resembling fall colour changes. Death of the entire tree is rare, but may occur after a number of years.

Oak Wilt is a vascular disease. It attacks the water conducting system, causing branch wilt and tree death. The Oak Wilt fungus can infect Oak trees through roots that are grafted between infected and healthy trees. It can also be spread by two groups of sap and bark feeding beetles which carry spores of the fungus from spore mats on infected trees to fresh wounds on healthy Oaks during the spring and early summer.

There are no approved chemical treatments in Ontario. It has not yet been reported in Canada. (Feb. 2018) 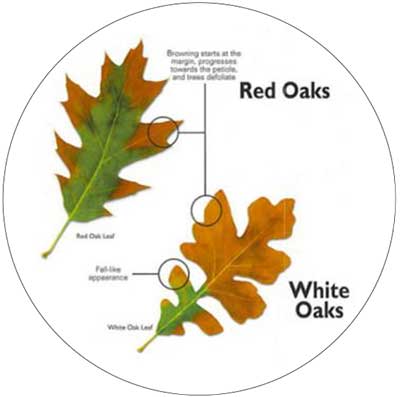 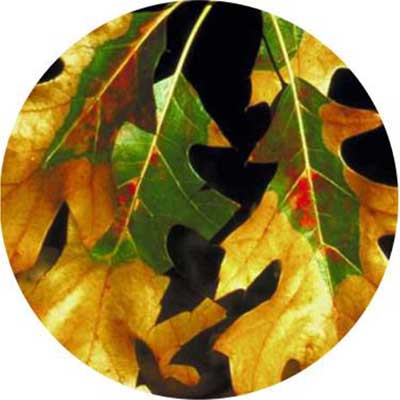