Needlecast diseases cause spruce trees to “cast off” their older needles. The branches have green, healthy needles at the tips and diseased and dying needles toward the trunk. Trees affected by needlecast disease have needles that turn yellowish in the summer gradually changing to purplish brown in the late winter and spring. Often the infected, symptomatic needles don’t drop until the following year, working from the bottom to the top. The tree becomes unattractive and may look as though it is dying.

Year-old needles turn yellow, brown and then fall in the Spring a year after infection. Brown needles have tiny, black fungal fruiting structures in rows on either side of the midvein on the underside of the needle. Large bare areas develop on the tree as needles fall while the new, current year’s needles appear healthy. The black, spiked-looking fruiting structures sometimes appear to have fuzzy tops (like little spiders) when seen with magnification. If needles are green but stomates look black, it is usually Stigmina not Rhizosphaera. 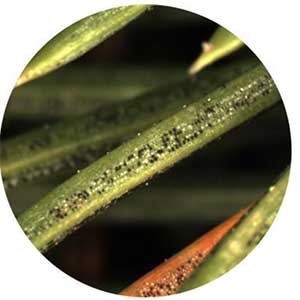 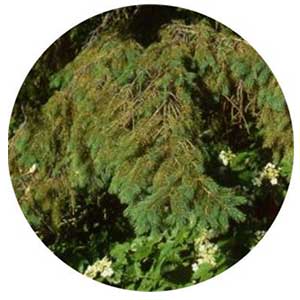 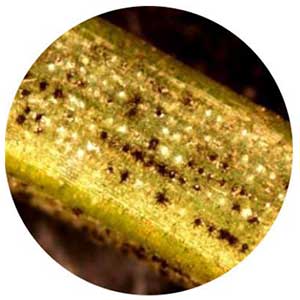