They overwinter as partly grown young, and begin feeding in spring and summer. Young scales are small, flat and inconspicuous. Adults may be brown or mottled orange, with shallow wrinkles. This fungus aids as a protective armor. By late August most of the females have produced nymphs that migrate to and settle on the new growth of a twig, where they start the cycle again. Depending on how badly infested a tree is, it could take several years to gain control. 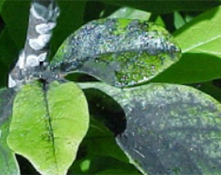 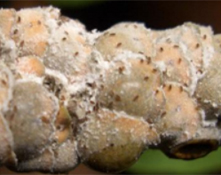